This morning, I made an hour and fifteen-minute drive over to Paxton MA to put a flag on the grave of George W. Gould, an ordinary private from Massachusetts who fought for the Union and was killed at Cold Harbor in 1864.  Exactly one year ago, on Memorial Day 2016, I launched this website to tell his story and host his Civil War correspondence, which I digitized and transcribed. I deliberately wore my APU tee shirt to the graveside, because without the training I received from APUS during my MA History program, this website honoring George W. Gould would not exist. 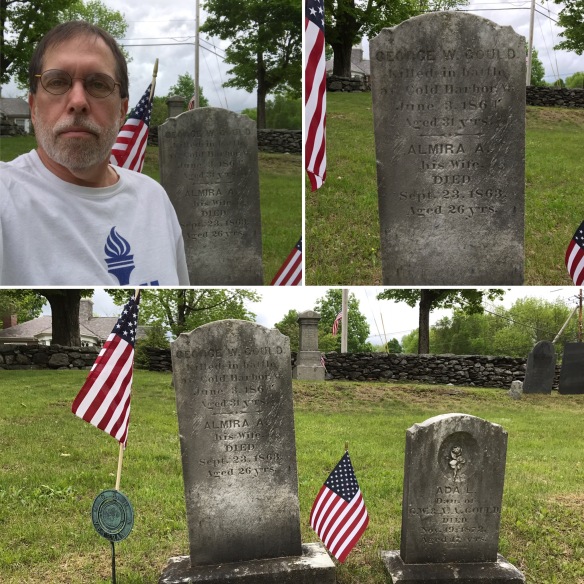 I stood at his grave on the eve of Memorial Day 2017, and thanked Private Gould for his service & his sacrifice. I told him that some wars by necessity had to be fought, and that his war was one of these. I said that if he and his brethren had not shed their blood there would likely be no United States today. Then I saluted the grave.

Like most soldiers who died for his country, he was an ordinary man who made an extraordinary sacrifice.