On Veterans Day, I drove 75 minutes to Paxton MA to put a flag on the grave of George W. Gould, the Civil War soldier who I have adopted. Pvt. Gould was a true American hero who died in 1864 at the bloody battle of Cold Harbor in Virginia to save the Union and end human chattel slavery. I am humbled by his sacrifice. I installed another flag on his grave, saluted and sang stanzas from the Star Spangled Banner and John Brown’s Body, then thanked him for giving his life so that this nation can still thrive. I feel that by adopting one soldier I can honor all soldiers.  It was wonderful to find that the flag I placed on Memorial Day was still in the ground! 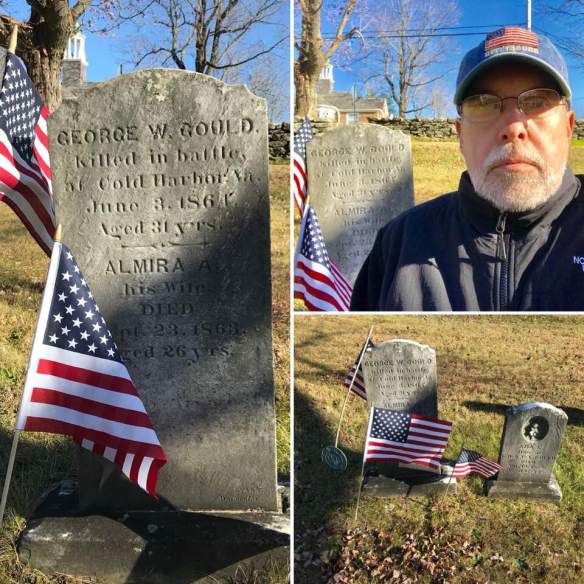